On December 2nd, we held our second satellite event of the semester and had over 80 attendees. At “Edify,” three undergraduate students spoke about the importance and impact of obstacles that interfere with education and education reform.

Our first speaker was Therese Rajasekera, who is a fourth-year studying neuroscience and Spanish. Her talk was focused on the work she has done partnering with the Department of Social Change (also known as Buckeye Civic Engagement Connection) and East High School here in Columbus. Therese shared her experience of leading a group of students and volunteers involved in TED-Ed, which is a division of TED that connects students and community members in order to empower and educate. The program between TEDxOhioStateUniversity, BCEC and East High School is centered around 4 categories: creativity, character, starting the case and stirring up change. TED-Ed is a year-long mentoring program which culminates in the high schoolers presenting their own TED-style presentation. The impact of the program can be huge, as it has been found that 55% of at-risk youth who have a mentor are more likely to enroll in college. Additionally, one of the greatest benefits of having a mentor is the reduction of depressive symptoms. Therese concluded her talk with an ambitious call to action; “As people with the privilege of a college education, we have the opportunity and the responsibility to utilize our skills to engage with and empower our youth. I encourage you to find a way to get involved with a cause you care about and utilize your unique skills to give back.” 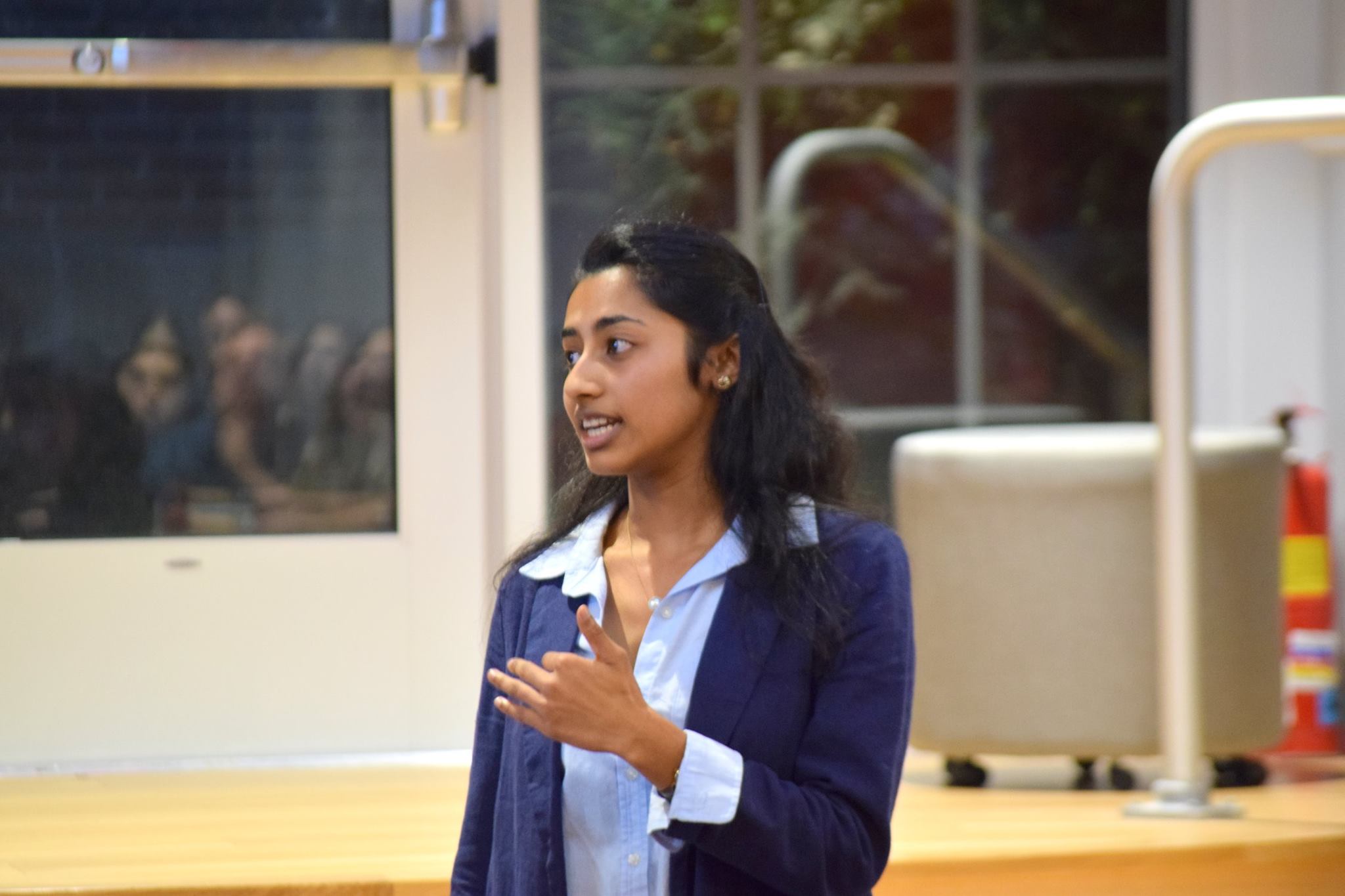 The night’s second speaker was Flora Hong, who is a third-year studying neuroscience and developmental psychology. She spoke about zero tolerance policies and their effects. She shared that there is no evidence to show that ZTPs stop violence, and that “95% of out-of-school suspensions nationwide are for nonviolent, minor misbehaviors, such as being disruptive, dress code violations, tardiness or truancy.” Since ZTPs are especially harmful to districts with underprivileged students, an adjustment to the policies can cause astounding progress. An LA school district installed washing machines in their schools, and thus 93% of students had better attendance, and 95% of their students showed more motivation in class and were more likely to join extra-curricular activities. Flora also mentioned the school-to-prison pipeline: a metaphor used to illustrate how repeated interaction with criminal justice systems at a young age can lead to mass incarceration and the targeting of minorities (ACLU). Flora detailed her call to action in two steps: 1) remove zero tolerance policies and 2) implement restorative justice.

Our final speaker of the night was Juli Sasaki, a third-year studying art education and design. Juli explained what her organization—The Visible Invisible—is and how it benefits homeless youth in central Ohio. The Visible Invisible is a student organization that raises awareness of the problem of homeless youth and volunteers by way of teaching art classes at Star House, which is a drop-in center for homeless youth. Juli spoke with the audience about planning an art exhibition with her friends Waverly and Audrey, who she later revealed are two homeless youth living in a tent in Columbus. The exhibition, held last April, featured art and photography by homeless youth, Ohio State students and local artists of M I N T Collective. Juli also shared that over 50% of homeless youth report childhood physical or sexual abuse, and that they are twelve times more likely to die than housed youth. With 1200-1500 homeless youth in central Ohio, Juli’s talk detailed the lives of people Ohio State students may pass every day walking down High Street. Juli encouraged everyone to use their creativity to benefit those who are less fortunate. She left the audience with her thoughts on experiential education: “I think education is the key to success. I think education gained through experience can be more valuable than traditional education.”

How do we find and coach our speakers?

Speaker release is only a week away! As our team works diligently to design and market our event, we…

After a grueling 17 months, the 2016 Presidential Election campaign season is finally coming to a close today. Hillary…